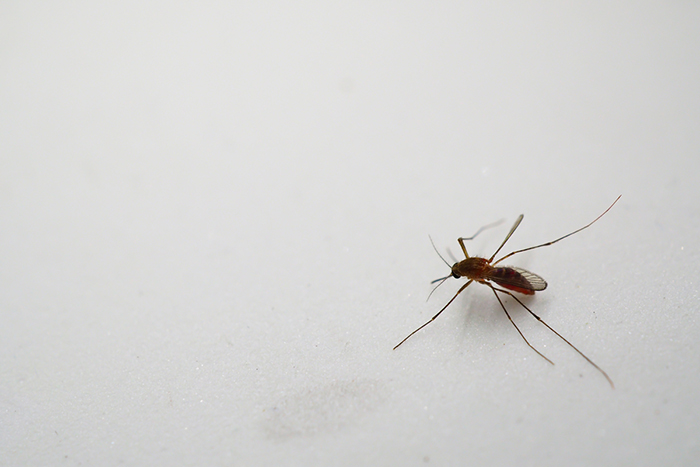 An arthritis drug reduced the severity of Zika virus-related birth defects and improved survival among baby mice, according to a study funded in part by the National Institutes of Health. Offspring of pregnant mice treated with the drug anakinra scored higher on tests of neural and physical development than offspring of untreated mice. They also had a lower rate of birth defects such as contracted limbs, kinked tails, and fused fingers and toes.

The study was conducted by Irina Burd, M.D., Ph.D., of the Johns Hopkins School of Medicine, and colleagues. It appears in the Journal of Clinical Investigation Insights. NIH’s Office of the Director and Eunice Kennedy Shriver National Institute of Child Health and Human Development provided support for the study.

Zika virus is transmitted through mosquito bites, sexual contact, blood transfusion, and from a pregnant woman to her fetus. Many people infected with the virus have mild or no symptoms. However, infection during pregnancy may cause birth defects such as microcephaly (small head size), intellectual and developmental disabilities, hearing and vision loss, and joint problems.

Although Zika infects fetal tissue, some studies suggest that much of the effects on the fetus and placenta result from inflammation. Other studies indicate that fetal and placental cells infected with the virus produce higher amounts of substances that trigger inflammation, some of which may contribute to the death of cells. One such inflammatory substance, Interleukin 1 beta (IL-1β), is higher in people infected with Zika. It is not known whether IL-1β is also elevated in the placentas of pregnant women with Zika.

The Interleukin 1 receptor agonist blocks IL-1β from binding to cells and is found in amniotic fluid and in umbilical cord blood. Anakinra is a modified form of Interleukin 1 receptor agonist used to treat arthritis and other inflammatory diseases. Previous studies have shown that treating pregnant animals with anakinra reduced inflammation-related damage to the placentas and nervous systems of their offspring.

In the current study, researchers infected pregnant mice with Zika strains from Nigeria, Puerto Rico, and Brazil. Mice infected with Zika began producing IL-1β in the placenta at higher levels, compared to mice not infected with the virus.

After 8 days, 1.8 percent of the offspring of 322 mice infected with Zika had birth defects such as contracted limbs, kinked tails, and fused fingers and toes. However, among a comparable group of mice whose placentas were injected with anakinra after Zika infection, none of the offspring had these birth defects. Among untreated mice, nearly 40 percent of fetuses died before full term, compared to nearly 21 percent of fetuses from mice treated with anakinra. Offspring of treated mothers also performed better on assessments of neurological and physical function.

Anakinra also improved the function of the placenta. Compared to untreated mice, treated mice had placentas with more blood vessels and that implanted more securely in the uterine wall. Moreover, the researchers linked inflammation, not the amount of viral material in the placenta, to the severity of Zika-related effects.

Based on their findings and the results of other studies, the researchers hypothesized that Zika virus may damage the fetus indirectly through inflammation of the placenta.

“Until now, the focus of research has been on finding vaccines and antiviral drugs, but our study strongly suggests that the placental immune response should not be overlooked as a target for treatment,” Dr. Burd said.

The researchers call for more studies of the safety of administering anakinra during human pregnancy.