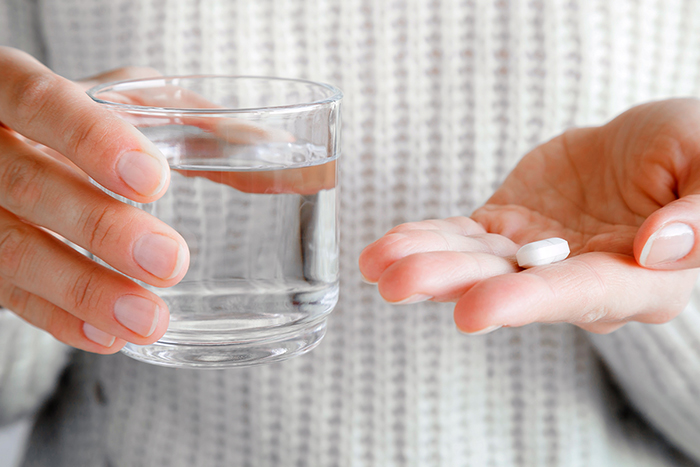 Taking a folic acid supplement daily before pregnancy may reduce the risk of gestational, or pregnancy-related, diabetes, according to a study by researchers at the National Institutes of Health and other institutions. The findings appear in Diabetes Care.

Folic acid is the synthetic form of folate, or vitamin B9, which is found in leafy green vegetables, nuts, peas, beans and other foods. The U.S. Preventive Services Task Force recommends  that all women of reproductive age take a daily supplement containing 400 to 800 micrograms of folic acid to reduce the risk of conceiving a child with a neural tube defect, a class of birth defects affecting the brain and spinal cord.

In the current study, researchers analyzed data from nearly 15,000 women enrolled in the Nurses’ Health Study II , a long-term study of diet, lifestyle factors and disease outcomes among female nurses. Among more than 20,000 pregnancies, there were 824 cases of gestational diabetes. Compared to women who did not take a folic acid supplement, those who took less than 400 micrograms were 22% less likely to develop gestational diabetes. Those who took 600 micrograms were 30% less likely to develop the condition.

“In addition to reducing the risk for neural tube defects, our findings suggest that taking folic acid supplements before pregnancy might provide a low-cost way to reduce the risk of gestational diabetes,” said the study’s senior author, Cuilin Zhang, M.D., Ph.D., of the Division of Intramural Population Health Research at NIH’s Eunice Kennedy Shriver National Institute of Child Health and Human Development (NICHD).

The researchers did not find a lower risk of gestational diabetes associated with consumption of foods that contain high amounts of folate. They cited earlier studies showing that folic acid is absorbed more easily into the body, compared to the naturally occurring form of the vitamin. Researchers also noted that previous studies have found that insufficient folate is associated with insulin resistance (difficulty using insulin to lower blood glucose), which may precede the development of type 2 diabetes in non-pregnant people.