Findings provide insight that may inform search for treatments 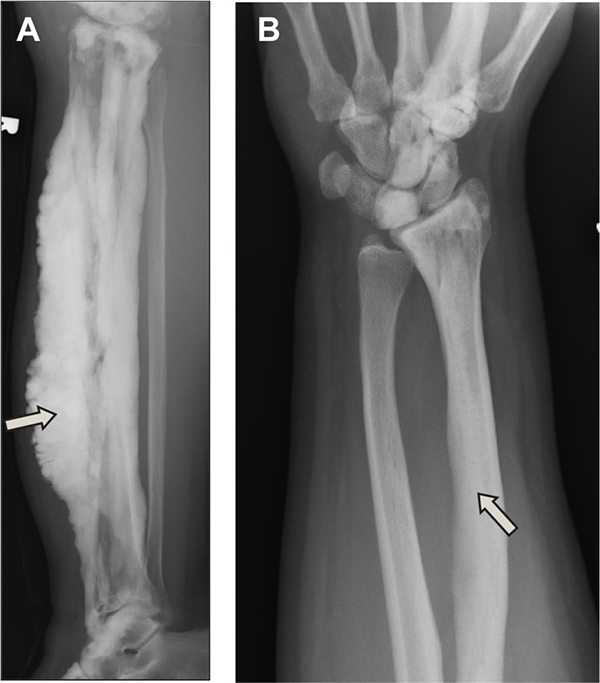 Researchers at the National Institutes of Health have discovered a second gene that causes melorheostosis, a rare group of conditions involving an often painful and disfiguring overgrowth of bone tissue. The gene, SMAD3, is part of a pathway that regulates cell development and growth. The researchers are now working to develop an animal model with a mutant version of SMAD3 to test potential treatments for the condition. The study appears in the Journal of Experimental Medicine.

Melorheostosis affects about 1 in 1 million people. Its causes have long been unknown. DNA tests of blood and skin could not identify a mutation. The key to finding the gene was to biopsy the affected bone directly and compare it to unaffected bone. Earlier, the researchers used this method to discover the gene for “dripping candle wax bone disease,” a form of melorheostosis in which excess bone growth appears to drip from the bone surface like hot wax. In that study, mutations in the gene MAP2K1 accounted for eight cases of the disease among 15 patients.

In the current study, researchers scanned the exome—the part of the genome that codes for proteins— and found mutations in the affected bone. These mutations occurred during the patient’s lifetime rather than being inherited from parents and are not present in all the cells of the body.

Senior author Joan Marini, M.D., chief of the NICHD Section on Heritable Disorders of Bone and Extracellular Matrix, is available for comment.