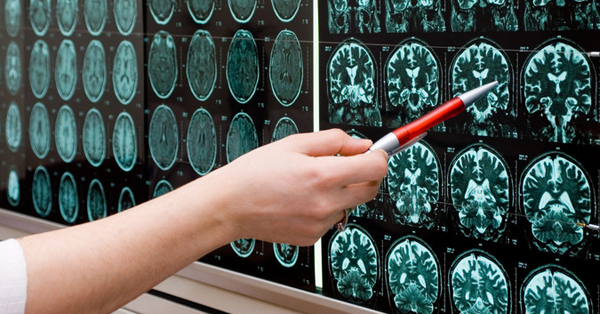 Children as young as 4 years old with symptoms of attention deficit hyperactivity disorder (ADHD) may have significant differences in brain structure, compared to children without such symptoms, according to researchers funded by the National Institutes of Health.

Their study is the first comprehensive examination of brain structure changes in preschoolers with signs of ADHD, a disorder marked by a pattern of inattention, hyperactivity and impulsive behavior. The study appears in the Journal of the International Neuropsychological Society.

“Researchers were expecting to find the beginning signs of possible atypical brain development,” said James A. Griffin, Ph.D., deputy chief of the Child Development and Behavior Branch at NIH’s Eunice Kennedy Shriver National Institute of Child Health and Human Development, which supported the research. “What they found in their high-resolution scans was solid evidence that these structural changes already are prominent by age 4 or 5.”

Previous studies have documented brain differences in adolescents with ADHD. However, few studies have looked for such differences in preschoolers, despite research citing ADHD as the most commonly diagnosed psychological disorder among young children.

The research, led by E. Mark Mahone, Ph.D., was conducted at the Kennedy Krieger Institute in Baltimore. The study included 90 young children: 38 typically developing preschoolers and 52 preschoolers with symptoms of ADHD.

The children’s scans revealed that those with ADHD symptoms had multiple areas with less brain matter volume than their typical peers, and these differences were consistent with parent reports of hyperactive and impulsive behaviors.

The researchers cited challenges collecting data, mainly getting youngsters to lie still during the brain scan, particularly children with ADHD-associated behavior. It is possible that the children who were eventually scanned had more moderate symptoms and, therefore, were better suited to participate in the study. The authors speculated that children with more severe ADHD may have more pronounced brain differences.

The research offers a greater understanding of brain development in children with ADHD symptoms, Griffin said. Researchers will continue to follow the children, monitoring brain changes or differences as the they grow older. The study provides the groundwork for future analysis of structural and functional brain changes in ADHD, which the researchers hope will provide new insights into how symptoms of the disorder relate to differences in the brain.