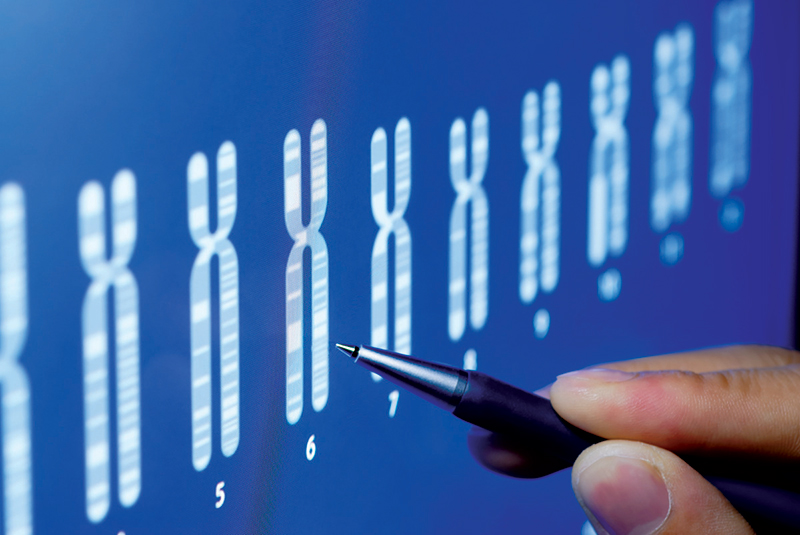 Researchers have developed a test to measure the expressive language skills of people with Fragile X syndrome, a genetic disorder that may result in intellectual disability, cognitive impairment and symptoms of autism spectrum disorder. Expressive language refers to the use of words to convey meaning to others. The work was funded by the Eunice Kennedy Shriver National Institute of Child Health and Human Development, part of the National Institutes of Health.

The researchers developed the test to provide an objective way to measure improvement in language, which may help increase the participation of people with Fragile X in clinical studies aimed at improving intellectual and cognitive functioning. The researchers were led by Leonard Abbeduto, Ph.D., of the University of California, Davis MIND Institute. It appears in the Journal of Neurodevelopmental Disorders.

The test consists of two parts. Participants first engage in a conversation with the test administrator on topics that interest them, such as their favorite activities. In the second part, participants narrate the events in a wordless picture book. Their responses are audio-recorded and the transcripts are scored on aspects of expressive language such as talkativeness, how they arrange words to form sentences and the diversity of their vocabulary.

Researchers administered the test to 106 people ages 6 to 23 years with Fragile X syndrome and intellectual disability. Participants took the test once and then again four weeks later. Test scores were consistent across both versions, which suggests that the test is reliable. In addition, except for participants under 12, test scores were consistent with expressive language scores on other tests the participants also took, indicating the validity of the test measurements. The researchers concluded that test measures were appropriate for people with Fragile X syndrome over age 12 and for younger individuals who were less impaired.

Alice Kau, Ph.D., of the NICHD Intellectual and Developmental Disabilities Branch, is available for comment.