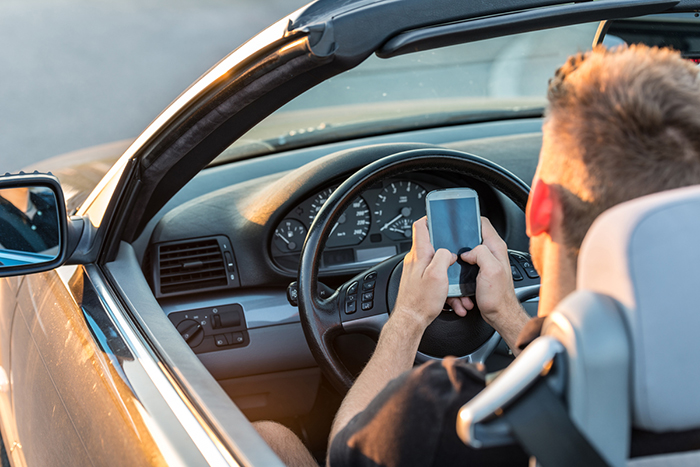 Teenagers who reach for objects, such as food or makeup, while driving increase their risk of crashing nearly seven times, according to researchers at the National Institutes of Health. Their study, which appears in the American Journal of Preventative Medicine, also found that manually dialing, texting or browsing the web on a phone while driving doubled a teen’s crash risk.

Motor vehicle crashes are the leading cause of death and disabilities among drivers aged 15 to 20 years, according to the National Highway Traffic Safety Administration. The current study is the first to use real-time driving data to quantify the extent to which visual inattention—the amount of time a teen’s eyes shift from the road to various distractions—contributes to the risk of a crash.

Researchers followed 82 newly licensed teen drivers in Virginia over a one-year period, equipping their vehicles with cameras and GPS technology to track the driver’s activity and environment. After one year, 43 of the drivers did not experience a crash, while 25 had one crash and 14 had two or more crashes. Using six-second videos of driver behavior prior to a crash, researchers calculated that for every second that a teen’s eyes were off the road, the risk of a crash increased by 28 percent regardless of the type of distraction. Teens manually using a cell phone doubled their odds of crashing. Teens who were reaching for something while driving increased their risk nearly sevenfold, which researchers attributed to a combination of distractions, including taking their eyes off the road and their hands off the wheel.

“Teenage drivers are so comfortable with mobile devices that they tend to overestimate their ability to multitask while driving,” said Bruce Simons-Morton, M.P.H., Ed.D., a senior investigator at NIH’s Eunice Kennedy Shriver National Institute of Child Health and Human Development (NICHD) and one of the authors of the study.

In addition to documenting a driver’s dialing, texting, browsing or reaching for a phone, researchers assessed numerous “secondary tasks,” including dancing to music, attending to personal hygiene, and eating or drinking. The study found that the greatest crash risk came from visual distractions related to using cell phones and reaching for objects.

“During their first year of independent driving, teens often engage in many different activities behind the wheel that could lead to a crash,” said Pnina Gershon, Ph.D., the study’s lead author. “Teenage drivers may benefit from interventions that monitor and alert them during frequent or prolonged inattention to the road.”