Spotlight: Flu during pregnancy: Nothing to sneeze at 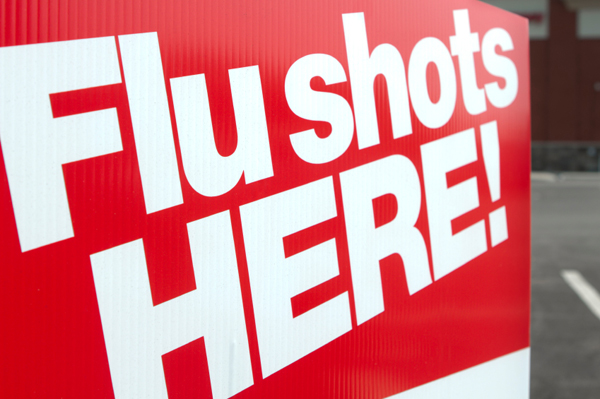 The Centers for Disease Control and Prevention (CDC)1 and the American College of Obstetricians and Gynecologists (ACOG)2 recommend that pregnant women get a flu shot (not with the nasal form of the vaccine) to protect themselves and their pregnancies from seasonal flu and the complications it may cause.

For most people, having the flu means several days of discomfort in the form of coughing, sneezing, stuffy or runny nose, and sore throat. Some people also experience fever, aches and pains, and even vomiting from the flu.

But for pregnant women, having the flu can also mean risks to her health—some of them serious—and to the health of her fetus.

Pregnant women who get the flu are at higher risk for complications, hospitalization, and even death than are non-pregnant women with the flu. That’s because a woman’s body experiences changes to the immune system, respiratory system, and cardiovascular system function as a normal part of pregnancy. When combined with the flu, these changes can sometimes result in serious problems.

Infection during pregnancy can also pose risks to the health of the fetus and may increase the risk for problems, such as preterm birth and birth defects. Simply having the flu does not mean these problems will occur, but it does increase the risk of these and other problems.

In pregnant women, the best defense against the flu is a good offense: Getting a flu shot.

The flu shot or “inactivated flu virus vaccine” can prevent the flu from occurring at all or can sometimes lessen the symptoms and their severity. When received during pregnancy, the vaccine also protects a newborn from the flu for up to 6 months.

The CDC and ACOG also recommend the flu shot for women who are planning to be pregnant during flu season: http://www.cdc.gov/flu/protect/vaccine/pregnant.htm.