In 2016, NICHD embarked on a process to redefine its approach to research funding. For decades, the institute relied on a “payline,” or funding cutoff point, to determine which grants received awards. A payline set at the 10th percentile, for example, meant that NICHD would most likely fund only the top 10 percent of applications that were reviewed and scored during a given period.

While this approach helped NICHD fund significant research over the years, it did not provide much flexibility to align our institute’s portfolio with emerging scientific opportunities and priorities, particularly when we received a high volume of applications but had limited funds for new grants. As a result, we ran the risk of not funding highly scored, investigator-initiated projects that aligned closely with NICHD priorities, but narrowly missed the payline.

Importantly, several other NIH institutes have also reevaluated how they fund investigator-initiated applications. In fact, more than half of NIH institutes have moved away from a strict payline and toward more scientifically driven funding decisions. 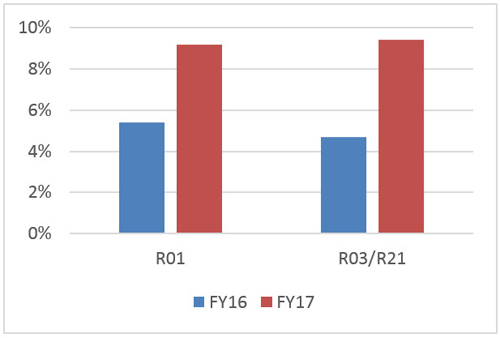 Figure 1: NICHD's new funding model led to an increase in reaches as a percentage of funded, investigator-initiated R01, R03, and R21 grants.

Given this emerging trend, we conducted a comprehensive review of our research funding. After analysis and discussions with our advisory council and other external groups, we decided in 2017 to implement a flexible funding model for investigator-initiated R01, R03, and R21 research grants, our most frequently used funding mechanisms. Each extramural division in NICHD outlined its research priorities and was encouraged to identify projects that best aligned with these areas.

The results of this change have been impressive. The flexible funding model allowed NICHD program officers to “reach” for grants that had a high program priority, but borderline scores. In 2017, 9.2 percent of R01s awarded and 9.4 percent of R03/R21s awarded were reaches, compared to 5.4 percent and 4.7 percent, respectively, in 2016 (Figure 1).

Overall, most of the reaches among investigator-initiated R01s, R03s, and R21s in 2017 were for projects responsive to high program priorities. The others were based on specific funding availability for AIDS research or from NICHD’s National Center for Medical Rehabilitation Research or NIH’s Office of Research on Women’s Health (Figure 2). 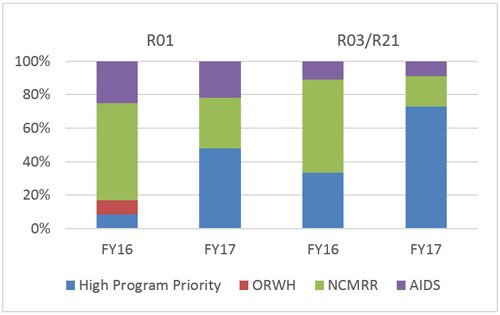 Figure 2: High program priority was the predominant reason for reaches for investigator-initiated R01s, R03s, and R21s in fiscal year 2017.

Interestingly, program officers used their flexibility to reach for high-priority R03s and R21s, compared to R01s (73 percent vs. 48 percent). A possible explanation is that R03s and R21s are lower cost, so program staff could fund more projects. They may also have used these mechanisms, which typically fund higher risk projects, to help stimulate new research areas—a welcome change from a strictly payline-driven approach.

A Work in Progress

The establishment of funding flexibility enabled NICHD to better target and support high-priority research. By increasing our emphasis on strategic research priorities, we are confident that NICHD will be better able to invest in evolving scientific opportunities and public health needs. However, we will continue to analyze our data and tweak the model to ensure that it remains responsive to the needs of the communities we support. We welcome your feedback.